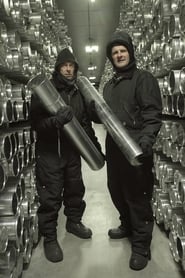 Klimatexperimentet Download - "The Climate Experiment" - About the Swedish artist duo Bigert and Bergström's climate-related art, which for three decades has been inspired by research on the effects of climate on humanity and vice versa. Tells the story of the growing realization of our own role in the changing climate. Our interference in the atmospheric cocktail could be described as the greatest experiment in human history. An experiment whose outcome is highly uncertain. The film presents the lurking awareness of our own role in the change of climate. The title refers to the kind of research that challenged the conception of nature as an inexhaustible resource, but also to the artists' own work with various geo-engineering projects, in which they try to deal with the effects of an increasingly heated atmosphere.